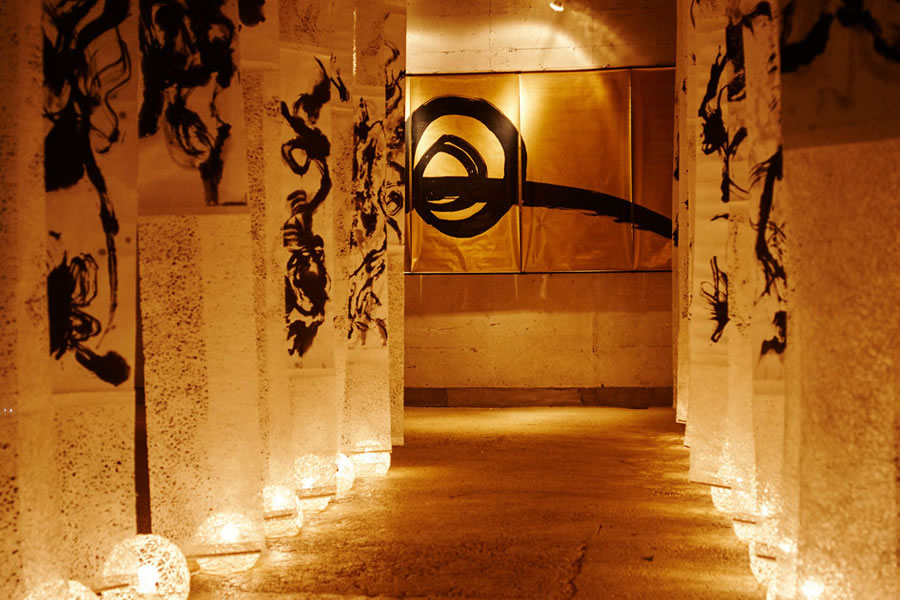 Born in Kobe City, Hyogo Prefecture. She lives in Tokyo. She graduated from Kobe Women’s University School of Home Economics.
She has learned calligraphy since she was a child. She loves letters in all forms, and she knows each one of them has a soul.

She has studied under Mr Akagi Tenshi, president of Tenshin Kai “Ten books of writing the law.”
She also studied under Mr Katori Kotomi at the International Inkjetting Association.
Message from Genmyo:
Currently, I learn skills to unveil an unconscious area from the script I learned from my childhood. I want to understand my Inner voice, and I want to master to express its view of the world.
And to reveal the world in my mind. Who is “The mother of the human beings”? Great Mother, in its unique world of black ink.
From the solo exhibition of TEN × TEN in Kobe Habajo town in 2015, she directed the worldview to the installation (space) and currently holds a solo exhibition group exhibition every year.