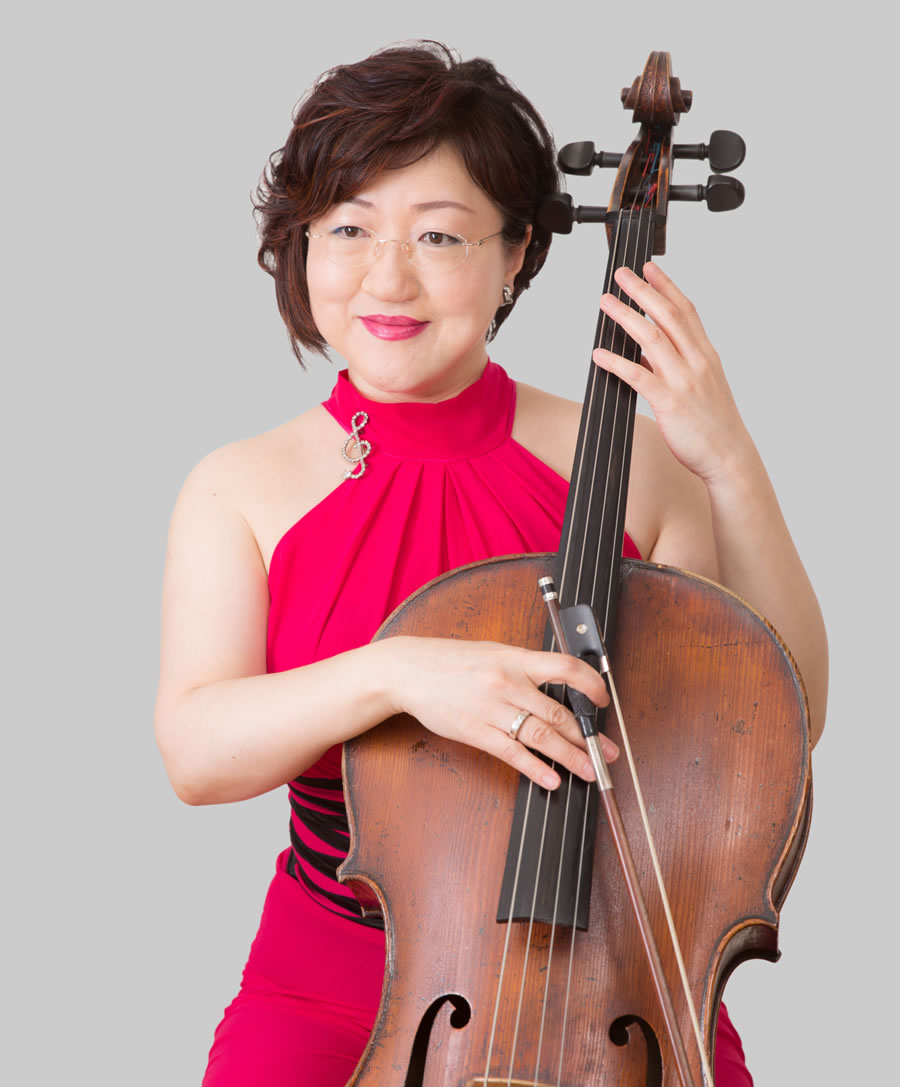 Friday June 15, at 21h, Lazareti.
Characteristics of Performance is passion, love and healing.

Hiromi Uekusa began studying cello at the age of eleven.
She attended the “Tokyo National University of Fine Arts and Music” and the “Mozarteum International Summer academy” in Salzburg.

After graduating Uekusa joined the “New Japan Philharmonic Orchestra” and spent ten years performing with the likes of Maestro Seiji Ozawa, Mstislav Rostropovich and many other fabulous musicians.

These experiences provided Uekusa with a strong musical foundation that allows her to express the spirit of the music. She then went for two years to the United States to study in Cincinnati Ohio where she gave recitals and participated in the “Aspen Music Festival” in Colorado.

She especially loves the music of Astor Piazzolla’s Tango. Uekusa released CD “Cafe1930” in which she has played all his music.

Uekusa has appeared in Kiyoshi Takahashi’s concert at Carnegie Hall in New York, and has collaborated with Joe Hisaishi on concert tours that resulted in the DVD ” A Wish to the Moon”. Also, she released CD; “Wie einst in Schonen Tagen”, “This is Liberoba”, “Sound of the Sky” and “Cho Cello gumi”.

One of the titles of this CD, (Je t’attends à Meillers), she played at her concert of St. Julien Church in Meillers in France October 2017.

When I cannot find the words… I speak with my cello. Only then you will hear what I want to say.