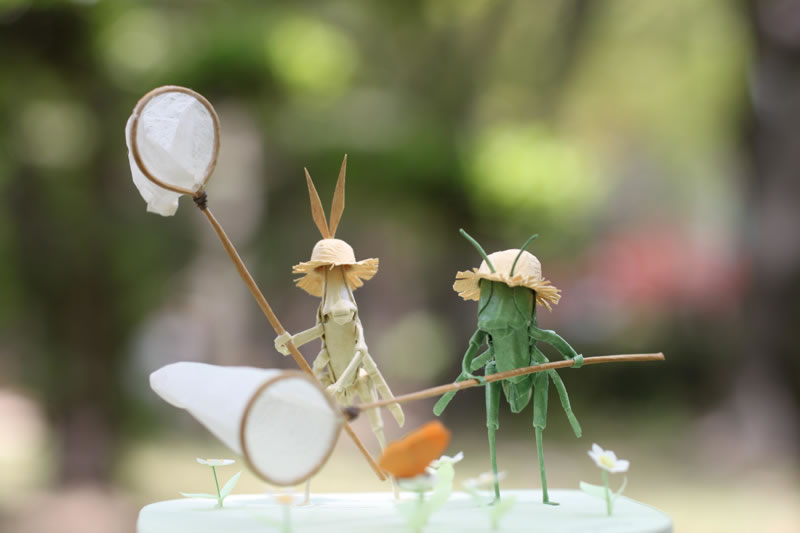 Humans and insects have more in common than you might think. We share a broad range of similarities, covering everything from muscle and nerve structures to the ways our cells communicate.

After his study at Art University in Osaka, Kensuke Saito had worked some years for the decoration studio.
In 2013, he decided to work with his father, Takuji Saito who was interested since his childhood in Insects and he was already making them in real size, using only the paper.
They started Paper Art of Insects, together.
Kensuke Saito learned how to do it from his father, and then they put together their studio in Osaka.

Today, father and son work together for the same goal, to get the people to dream, with the real size insects of paper, an actual size of ant playing the violin, or ride a bicycle…
When they have their show in Japan everybody is delighted.
The Father, Takuji Saito was always fascinated by the insects and started to make them using nothing more besides the paper. He has created his special method and technique.
The young son, Kensuke Saito was always watching his father doing it.
The father used to work as a company employee, as the son too. But now they work together, two generations of this exquisite creations!!

We can understand this marvelous beauty only when we see these insects.