Deprecated: stristr(): Non-string needles will be interpreted as strings in the future. Use an explicit chr() call to preserve the current behavior in /home/lepetitf/public_html/wp-content/plugins/a2-w3-total-cache/lib/W3/PgCache.php on line 1054
 Maria Tecce | Le Petit Festival 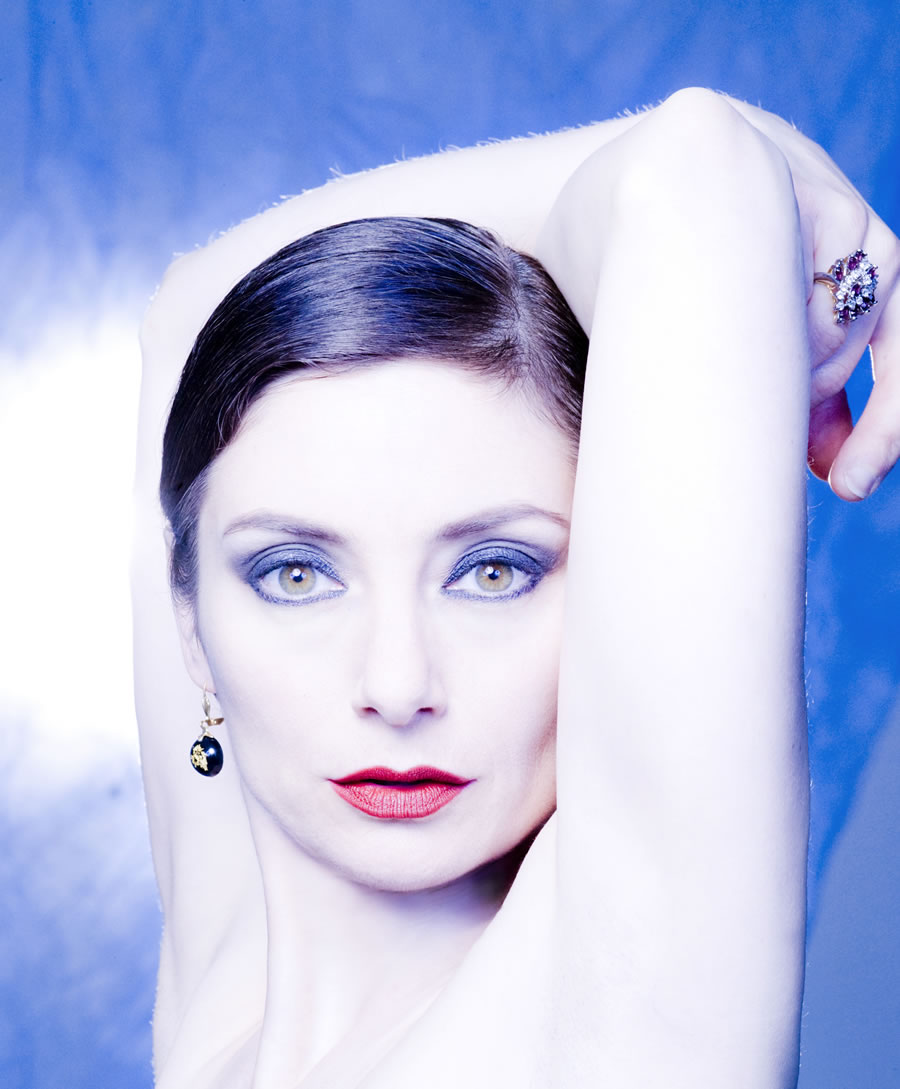 Maria Tecce is performing together with Mikael Jakobsson at Le Petit Festival Hanko 2108.

“A total striptease without removing so much as a shoe.” The Observer

An ex-cowgirl, RTE radio presenter, writer, and now comedienne, Maria came to Ireland just over 18 years ago and fought for her Irish citizenship for 10 of those years, finally winning it in 2010. Her highly acclaimed music shows and recordings have won her the devotion of audiences and critics alike for her poignant interpretation of lyrics and sultry, fiery live performances. An international diva for the 21st century, The Times has described her as “one of the highlights of Europe’s smart and adventurous jazz and cabaret scene. Her cheekbones can slice a man’s ego in half and her smile could thaw Siberia.”.

“A voice to melt butter. Sheer class… haunting.” The List

In the last few years, Maria has continued to move from strength to strength not only as a singer but in acting as well, most notably donning the acting mantel as the saucy courtesan ‘Emelie’ at Dublin’s Gate Theatre in their critically acclaimed production of ‘Les Liaisons Dangereuses’, as well as playing Irish singing legend Jack L.’s leading lady in the cult short film ‘I Hate Musicals’, and as murdered wife ‘Isabella’ in the BBC television series ‘Inspector George Gently’ with Martin Shaw. She has also worked in film and television with the likes of Jim Sheridan, Angela Landsbury, Patsy Kensit, Mia Farrow, and Keith Carradine.

With three cds to her credit, Maria’s star continues to rise as she was invited to perform at New York’s Lincoln Center and Dublin’s Grand Canal Theatre with the RTE Concert Orchestra, as well as playing sold out concerts in Paris, Dubrovnik, Amsterdam, Boston, New York, Belfast, Ireland, and London’s West End.

“Elegant, cool, seductive… kill for tickets if you have to.” The Prague Post