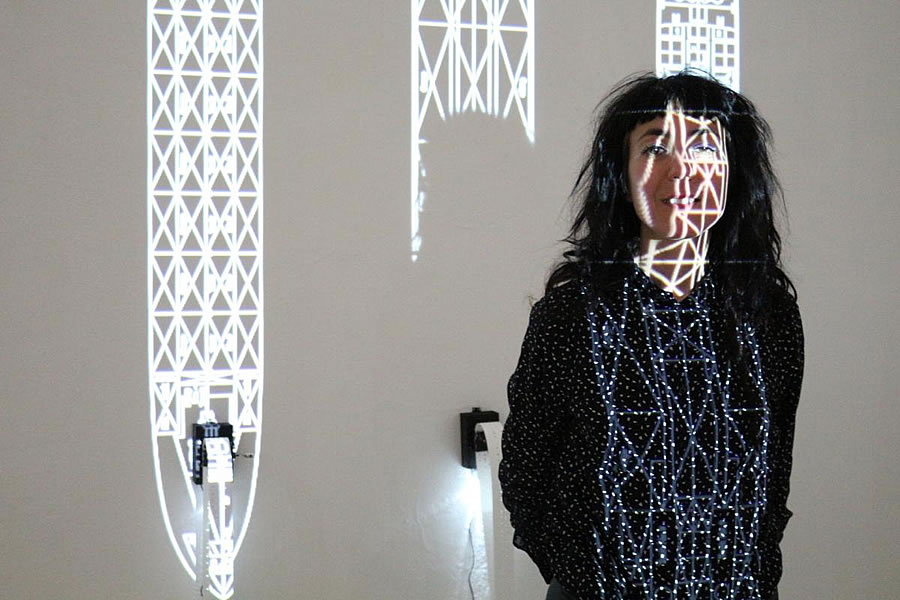 Matea Šabić Sabljić (1982) was born in Trogir, Croatia. Graduated at Academy of Fine Arts in Zagreb, Department of animated films and new media. In her work, she deals with space between language, sign, letter, communication, time. And the relationship between; old and new media, light and dark, moving and standing, sound and silence, private and public, travelling and staying. Sketch For The Moon’s Lighthouse Keeper is a part of the ongoing project, planned to develop in different places and cities.

Want to write a small form of Japanese poetry but feeling not so wordy or just plain lazy? Well, we have a solution for you. Matea has done an amazing “Haiku Machine”. Come at Gallery Dulcic Masle Pulitika… at the opening night of the 14th edition Le Petit Festival.

While the Museum of Modern Art Dubrovnik focuses on the new and the global, its sister operation the DMP named after renowned modern artists concentrates on an important and innovative project… like this one created by Matea Šabić Sabljić.