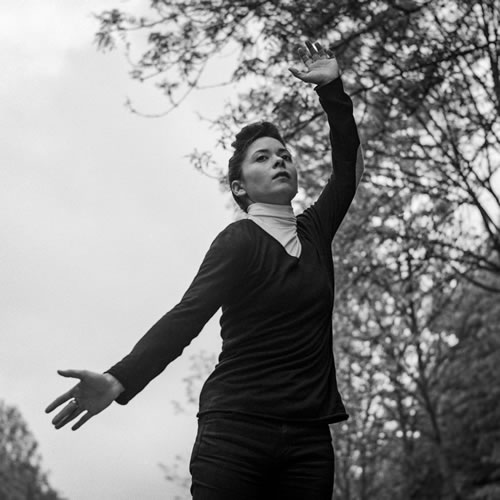 Namiko Gahier-Ogawa, French-Japanese, born in Paris, studied at the Rick Odums Dance Institute of Paris and the Alvin Ailey School of New York. She holds a License in Japanese, a Masters Degree in Literature at University Diderot and a Diploma of Superior Studies in classical piano.
It lead her to found the Yumé Arts Company in 2004, creating pieces of contemporary dance, live music, theater and instant composition. The company won the First Prize of Paris Young Talents Award with ‘TRA NOI, Echoes of the Stranger’.

In Santiago, she co-founded the platform of production Conexion Danza supporting the contemporary dance scene of Chile with Teatro Matucana 100, the French Embassy and the British Council. Namiko directed the movement in the musical movie Les Voiliers du Luxembourg of Nicolas Engel, broadcast on Arte TV. For the Cie L’Entretien des Muses, she choreographed Midsummer Night’s Dream and Arlequin by A. M. de Fatouville, followed by La Leçon de Musique of Cie Aliquando.

She collaborated with numerous classical musicians, including Stéphanie Paulet, Massimo Carrozo, Julie Rousse, Dominique Fillon, Yadh Elyès and Gary Goldschneider on Notes from the Underworld, that she created in Amsterdam and Dubrovnik at Le Petit Festival.

In Tokyo, after studies of traditional japanese dance with Master Bando Sengiku, she performed nihon buyou dances at the Festival d’Avignon 2013 in the show Chushingura.

As a movement director in Operas, Namiko worked in the new production of Madama Butterfly at Opera Holland Park of London (2013), at the Scottish Opera of Glasgow (2014), and in the creation IRIS of Mascagni at OHP (2016).

She also works as a coach and a teacher at HETIC School.

THE TAIL OF THE TONGUE – Diptych for two dancers

“Her tongue’s root was left quivering, while the rest of it lay on the dark soil, vibrating and trembling, and, as though it were the tail of a mutilated snake moving, it writhed, as if, in dying, it was searching for some sign of her.”

Namiko and Margarita enter the sphere of Philomela and Procne, a pitiless myth. The sisters dive into an hermetic darkness, dilate space, searching for the swift air.
Where can the words emerge?

The credits for the music: