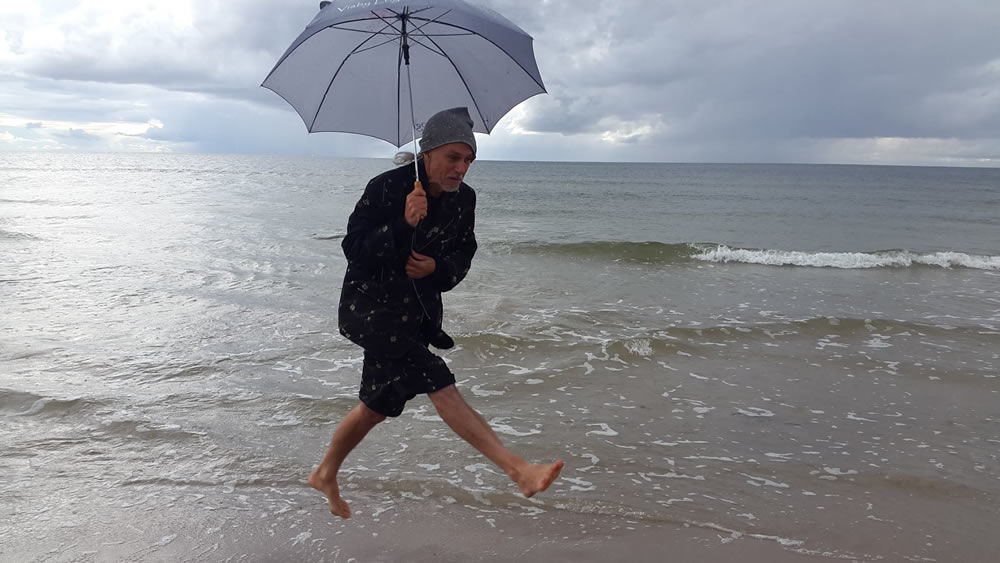 Mario Vinko Prizmic was born in Dubrovnik, Croatia. Since 1982, he has lived in Amsterdam and Paris. He travels throughout Europe, Asia and the Americas in his pursuit of reality and dreams. He has studied under various metaphysical masters and, together with the Don Quixote of America (the New York-born explorer and Philippine-based designer Matthew S. Brill), create healing instances of disturbing and profound exquisiteness, including (but not limited to) poems, plays, short stories, furniture, jewelry, handbags, documentary films, magic and beauty carnivals.

In 2006, Vinko Prizmic created quite a stir in the Frankfurt Book Fair with his sexy bike and his second book The Tales of Mystical O, a modern practical guide to the unknown deep inside of us. The leading role of this unusual novel is one emotional orgasm.

October 2007 heralded the birth of what is probably –no, take out probably–the most magical and romantic metaphysical book in the last four thousand years– Love, Life and After That. Dr. Phill Almutawa of the United Emirates, one of the most promising architects of the world and Don Young, an explorer and philanthropist and the last safari man, have written: “Listen! We are brain dead, heart dead. The only thing to change our state of mind is to read. Love, Life and After That takes you to places you could never imagine–and further. A journey through time, space–where you don’t arrive to where you thought you were going.”

The Frankfurt Book Fair, during its 60th anniversary, was once again delightfully jolted by another Vinko Prizmic book produced by the United Artists Project. Together with a young Slovenian artist Ana Baraga, Vinko Prizmic created Nelito, An Emotional Tampon that was described by one German journalist as a “… red, little miracle of magical nonsense…