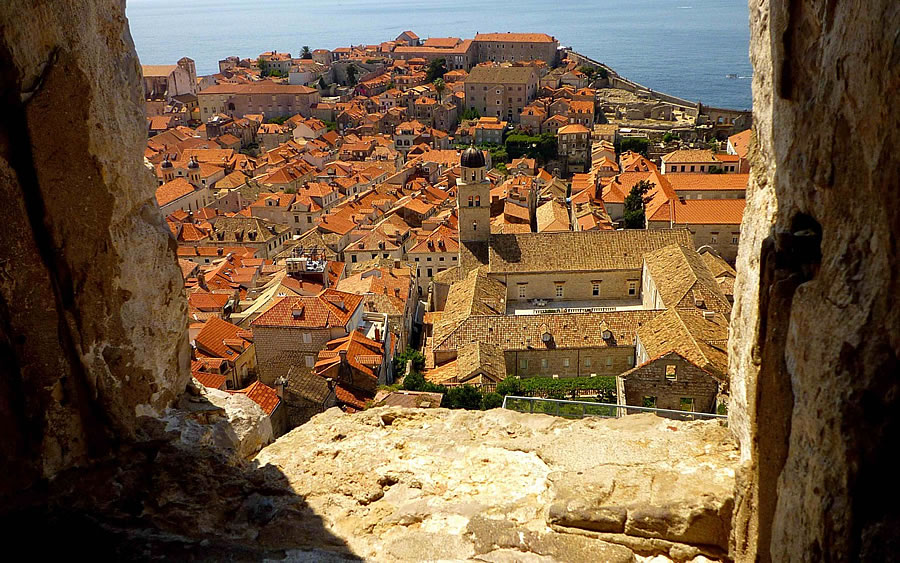 The successful development of Dubrovnik in the past was conditioned primarily by its favorable geographical position, and by an economy based on maritime and merchant activities.
When entering the Adriatic Sea, Dubrovnik is the first island-protected port on the maritime route going from east to west, with quick access to the hinterland by way of the Neretva Valley.
The intensification of traffic between the East and West both during and after the Crusades resulted in the development of maritime and mercantile centers throughout the Mediterranean and the Adriatic Sea in the 12th and 13th centuries. Dubrovnik was one of them.

Today, the war-devastated cultural heritage of Dubrovnik has been repaired for the most part. The renovated hotels, the important assets of the Dubrovnik Summer Festival, as well as other cultural events are crucial prerequisites for the development of modern tourism.

The sacral objects of Dubrovnik hide a real treasure of the historic architectural and artistic heritage.
Leaving its mark on the Republics history, religion offered shelter and solace in the times of trouble and became a symbol of the stone citys survival.

A visit to huge churches, which revealed the power and importance of religion in the lives of people at the time, the small secluded chapels in which the sufferings, secrets and joys were shared with the Almighty, and one of Europes oldest synagogues takes us back into the past, but also connects us with the present day, because church service is organised in the majority of the Dubrovnik sacral objects.

The green Mediterranean landscape, the azure depths of the Adriatic, white sea cliffs, fragrances of herbs growing in the clearings, historical gardens, the aquarium with the most intriguing species of the sea world are a part of the heritage which the visitors discover in Dubrovnik and its surroundings.

Ecology has become a more and more important part of our life, and the protection of environment and life in accordance with nature are both our obligation and duty. We take great pride in the outstandingly preserved natural monuments, the worlds bluest and cleanest sea, the unique flora and fauna, and the fascinating subterranean caves. The arrival in Dubrovnik offers enjoyment in the azure sea and sky, unique sunsets and natural sights of our region.

The night has fallen on the city and the sky is lit with countless stars. Refreshed by swimming and sunbathing, you are relaxed and ready to go out. the street players, Dalmatian vocal groups, chamber music ensembles, troubadours and singers of serenades. While taking a walk in the streets you will hear the sounds of music coming under the Sponza Palace arcades. The enchanting ambience of the Rectors Palace is a favourite concert stage of the worlds greatest musicians, and the city squares turn into theatre venues during the Dubrovnik Summer Festival.

Discover the painters rapture in the city galleries and the entertaining The Stars Under the Stars programmes on the terraces and beaches of the Dubrovnik hotels, and enjoy cocktails and street jazz sessions in the hot summer nights until daybreak. The wandering lights, excellent dance music and enchanting rhythms wait for you in the charming discotheques and night clubs. Trying out ones fortune in the games of chance with the attractive night programme is an option for the most persistent ones, who will wait for the Dubrovnik dawn and the sun which caresses the open sea, while they adventure into another unforgettable day.