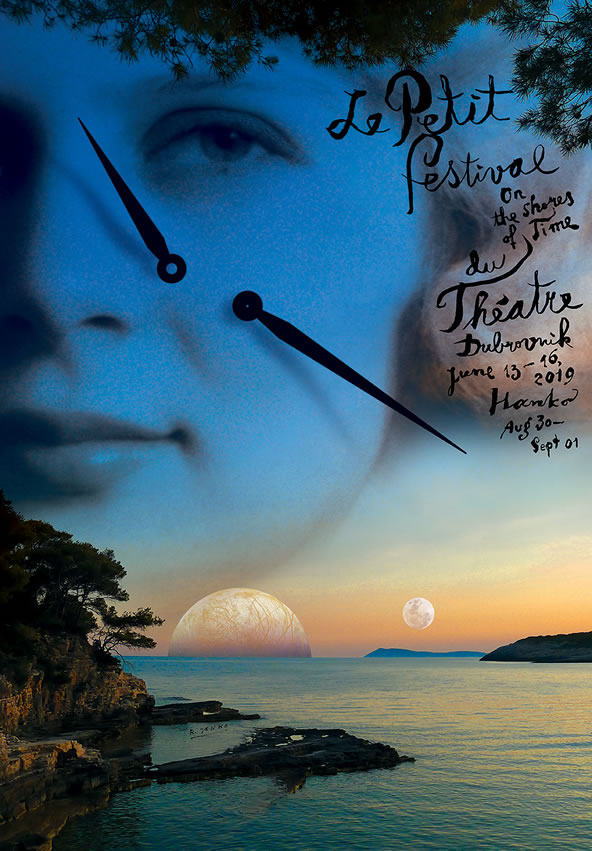 Matchseller is a work in progress project by actor and dance artist Anne Pajunen.
Through a sensorial practice of observing her surroundings she incorporates her environment and responds to it both physically and textually through an interwoven practice of writing, moving and recorded image. The project springs from a desire to reinterpret two classical texts, Hans Christian Andersen’s fairy tale The Little Matchgirl and Harold Pinter’s short play A Slight Ache, by specifically focusing on the character of the match seller present in both texts. Inspired by feminist thought, in particular by Anne Sexton’s poetry collection Transformations and Hélene Cixous’ essay The Laugh of the Medusa, as well as the work of choreographer Deborah Hay, the project rewrites the story of the fire kindling character of the match seller. By examining themes of Presence, Transformation and Otherness, the performance practices a perpetual process of questioning and becoming. Through a continuously shifting motion, language and textuality become corporal and the Matchseller begins to manifest.
Hanko City Hall, Vuorikatu 1, tickets 15 / festival pass tiketti.fi

Enora Lalet is a food visual artist. Flavours make you travel, travelling is also a great part of her work. Because her parents had fallen in love with Indonesia, she followed them there as a young child. She has been to India, Thailand, Cambodia, Indonesia, and she has also visited big cities like New-York, Berlin, London or Madrid. That’s why the mixture of cultures and subjects always appear in her displayed pieces of work.
After a master degree in Arts and a degree in Anthropology, she exhibited her culinary portraits in Bordeaux (2010), introducing her series of cooked pictures, Cooking Faces. “Pop icons, glorifying food and earth, the question could be: are we what we eat? Her off-the-chain portraits, flesh and sauce, lips and coulis, colour and optical brilliance, exquisite pheromones, are ad libitum variations which ensnare and chain the senses.”

A Fado & Folk Fingerstyled Percussional guitar fusion born on the streets of Lisbon, musicians Acácio Barbosa & Warren Cahill are both playing there instruments in an experimental and unconventional way, creating a must be seen show as well as heard.
Hanko City Hall, Vuorikatu 1, tickets 20 / 15 / festival pass tiketti.fi

– 01.00
The restaurant Bistro Allé Hanko operates in the foyer during the festival.

Meeri Koutaniemi, a Finnish photographer and journalist, her work extends to over 50 countries where she has photographed and documented people with compelling stories of struggle and resilience. Her work stems from the question and definition of identity. Koutaniemi has focused on humanitarian side of conflicts, displacement and discrimination. At the core of her work lies a universal ability for empowerment and resistance.
Hanko City Hall, Vuorikatu 1, Tickets 15 / 20 / festival pass, tiketti.fi

Sandra Kantanen, born in 1974 in Helsinki, is a photographic artist nowadays working and living in Hanko. Her main theme has been combining photography and painting through the tradition of Asian landscape painting.
Studio exhibition Friday 30 Aug – Sunday 1 Sep at 12 – 16.30
Tarhakatu 5, Free entrance

This year, Ines Trickovic gathered the cream of Croatian jazz and classical music –
Goran Konar, violinist, Zvjezdan Ruži, pianist and Ljerka Konar Gamulin, cello player with her vocals. This fantastic quartet started the Homage to Erik Satie project, a combination of classical music and jazz where Ines wrote all the poetry on Satie’s music. In this project she’s in the double role, as author and performer, and for the first time in the history opus Gnossienne and GymnopHedie of Erik Satie become songs for singing.
Hanko City Hall, Vuorikatu 1, tickets 20 / 25 / festival pass, tiketti.fi

Linda Brava Lampenius, violin
Named as one of the most versatile and accomplished players of her generation.

The audience and artists can participate in this joyful game.
Hanko City Hall (foyer), Vuorikatu 1
– 01.00
The restaurant Bistro Allé Hanko operates in the foyer during the festival.

The woman grubs and criticizes her neighbor’s garbage, writes letters to Marilyn Monroe and Andrei Tarkovski. The performance regards lonely nutcases, difficult characters, those who shouts to the people through the windows of their homes. How much forgotten dreams fit into a small block of flats.
“A zone is a zone, a zone is a life through which a person either breaks or copes. If man can cope, it depends on his amour-propre.” Andrei Tarkovsky.
The presentation is based on the texts of the following authors: Tua Forsström, Andrej Tarkovsky, Bo Carpelan, Anja Erämaja, Anna-Maria Mattila, Helena Sinervo and Sirkka Turkka.
Hanko City Hall, Vuorikatu 1, tickets 15 / festival pass – about 60 seats, make reservation before at The City Hall ( FOYER) ticket.fi

KATI OUTINEN, actor, director (FINLAND) & ANNATUULI SAINE, dance artist (FINLAND) – I AM PAINTING ALL OF YOU

The play is a monologue written on dialogue about the artistic work. The dialog is presented by an actor and a dancer. What in Helene Schjerfbeck’s paintings is a line or draft of a brush is a motion, sound and word in the presentation. On stage Helene is at different stages of her career, with self-portraits and an Admirer who is contemplating her relationship with Helene’s art and her legacy for posterity. This play, both strong in philosophy and in senses and emotions, delves concretely into the artistic work of an artist. Its challenges, sources of inspiration and personal victories―which are often something different from what the world sees as victory.

Sometimes man sings to elevate himself, other times to immerse inside himself, more often than not without knowing the reason why. In all cases he gives it his full heart and soul.

The songs of this program go throughout the time:
Past – Future – Memories, hopes and present feelings.

With time, memories fade away, and at times wake up. In our hearts germinates hope for a better life and we enjoy the present. Time passes and erases memories and songs of which only remains an immortal chorus.
From the silver dawn of a transparent morning, to the coppery twilight of a tormented sky, crossing all the hues of our passions, our sorrows and hopes.

Ayser Vançin’s music is inspired by the subtle perfumes of oriental and western cultures. It offers us a personal reading of the poets of all times. Ayser Vançin and Mathieu Chardet received “The Best music prize” in Morocco at the Zagora International Theatre Festival in 2017.
Hanko City Hall, Vuorikatu 1, tickets 15 / festival pass, tiketti.fi

Images after Ravel and Debussy

– 00.00
The restaurant Bistro Allé Hanko operates in the foyer during the festival!