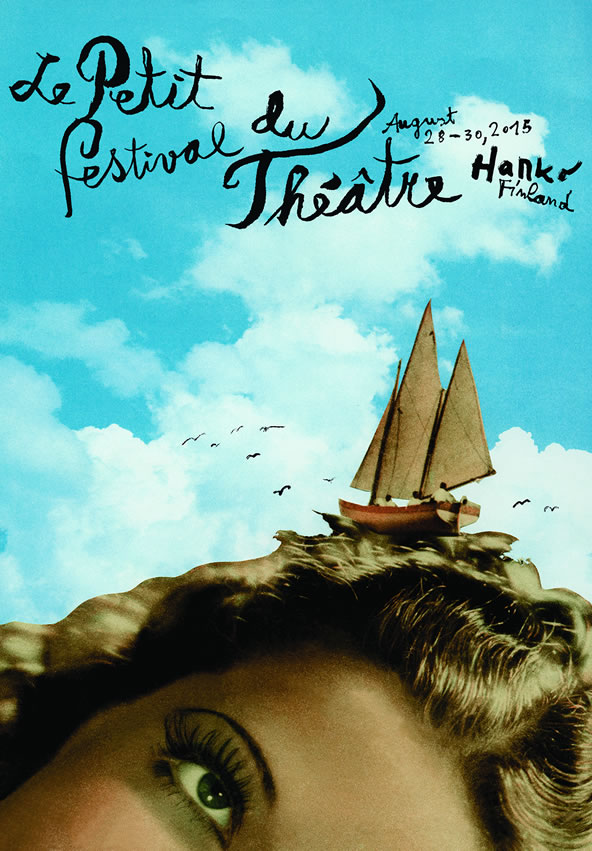 TICKETS:
Tickets can be purchased from:
netticket.fi/index.php?cPath=4497_6129
or 30 min. before performances / Hanko Town Hall

From The Hotel Regatta to The Town Hall. The public can participate free. 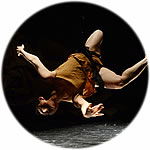 Tsurukam company, founded by Kaori Suzuki and Sébastien Vuillot.
Their goals are to raise audience awareness about cultural exchange, and to take advantage of their different artistic talents in the creation of their theatrical works.
Dancer Kaori Suzuki and actor Sébastian Vuillot, JAPAN – FRANCE.
“TOMOKI is the our son’s Japanese name… here it refers to a project which explores the soul, existence, nature, the cycle of life, the sacred, connection, heritage, transmission.. almost like a film about someone’s life. This solo includes elements of aerial choreography (suspended from a harness), dance, the use of props (Japanese parasols) and elements such as light and paper, as well as puppetry. There is no text but the character is accompanied by a complex soundscape (music, songs and sound effects).”
Town Hall /TICKETS 15, – / or FESTIVAL PASS 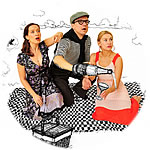 Actors Elsa Saisio, Maija Rissanen and pianist Marko Puro.
`Song Evening explains how to cope with everything, through a friend. A friend called when the life of the glow is lost when the relationship chafe, after all, to the end, when falls in love or when your heart breaks. Stylistically versatile software moves music, theater, bar, and bossanova worlds. There’s both domestic and foreign songs’
“Love needs only one, but friendship requires two.”
Town Hall/ TICKETS 15, – / or FESTIVAL PASS 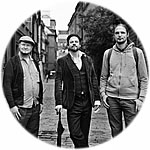 In its music, Mustat silmät combines traditional Finnish music with Slavic melancholy, Romani-sounds and American rhythm and blues. Their live set consists of both original songs as well as old evergreens and cover songs which the band performs in its own, unique way.
Mustat silmät released their debut album ”Mustat silmät” in 2014.
The band has been performing since the early 2000 and venues have included everything from bars and clubs to private boats and outdoor venues, both in Finland and abroad. Depending on the situation, Mustat silmät either performs as a trio, a quartet or even a quintet.
Mustat Silmät
Jori Kalliola – vocals
Teemu Hokkanen – guitar
Olli Rautiainen – accordion and trumpet
Matti Vallius – double bass
Tero Kling – drums 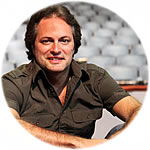 A unique opportunity for those interested in the work of the actor, director Steven Ditmyer, New York.

It offers an introduction to the Meisner Technique, which was developed by Sanford Meisner at The Neighborhood Playhouse in New York City where he taught for more than 50 years – and where I had the privilege of being one of his students.

The technique is based on truth. Meisner said, “Acting is the ability to live truthfully under given imaginary circumstances.” 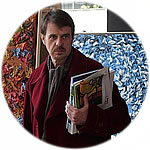 THE ARTIST IS PRESENT IN HANKO

In 1985, he founded HPS-Films production company with offices in Berlin and Paris. At the same time, he worked as a freelance cultural journalist for “Transatlantik”, “Zeit Magazin”, “Artpress”, “Beaux Arts Magazine”, “Filmkorrespondenz”, among others.

In 1988, produced a TV series on the artists Daniel Buren, Mario Merz, Richard Long and Christian Boltanski for the Centre Pompidou (Paris). 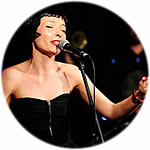 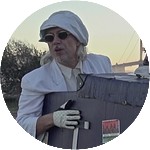 The upcoming performance “To love is more difficult than to die”, in Hanko, Finland, will be a World Premiere, something you probably have not seen or imagined before.

This United Artists Project started in March 2009 another Vinko Prizmic endeavor paradoxically entitled My Happy Funeral. This undertaking has gathered and involved more than 888 artists from all 6 continents. My Happy Funeral (actually a series of many happy little funerals) is a light game of metaphysical enchantment about a poor poet still searching for the beauty of the unknown, still grappling with the question, ” Why do we die and how long will our death last?…”

Along with this exquisite voyage will be presented two magical machines, by French wizard of mechanical movements Gilbert Peyre.

Traveling to six continents carrying one’s own coffins is a wondrously daring tour… embarked upon to enlighten the living with the metaphysical concept of a divergent view of the end of life. It cannot be described as a theater piece, nor as a performance act. It cannot be embraced in any known art form because nobody ever has ever served as a traveling ambassador of the sensitive, emotional and painful subject of death.

“To love is more difficult than to die” is a world premier of a brazen attempt to cause one to look past the defined boundaries of discussing the inevitable.

The artist is PRESENT IN HANKO.

FILMS ON SUNDAY:
Annette Messager-Plaisirs/Deplaisirs“, 55′, 2001, ARTCOREFILM
The winner of the Golden Lion of the Venice Art Biennale 2005, the importance of Annette Messager keeps growing more and more… 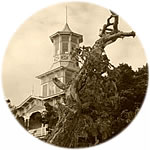 Monologues by Anton Chekhov: Seagull and the end of the Three Sisters

DREAMS, LIVE AND THE DEAD 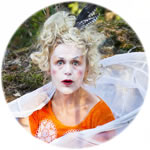 What do we rememeber? How do we forget things? haMEmo is a performance about forgetting and remembering. Tapikka the Clown is busy contemplating the human life cycle and the wonders of her own existence while preparing for her own inevitable departure from this world. Tapikka bids farewell to everything she knows and loves.

Two versions are available for haMEmo: one for old people ́s homes, kindergartens and schools and another one for the theatre stage. During 2015 haMEmo is in Touring Stage ́s repertoire of Finnish National Theatre (www.kiertuenayttamo.fi). The premiere of the theatre version was seen in February 2014 at the international womenclownfestival Red Pearl in Helsinki. Clown Tapikka visited also Mimefest in Czech last September.
haMEmo has been supported by The Finnish Cultural Foundation, Arts Promotion Centre Finland, Arts Council of Uusimaa, City of Helsinki Cultural Office, and Circus Woltti. 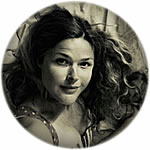 It is based on the story of Metamorphoses by Ovid.
It is a tragicomic role game of loneliness, needless diminution of oneself, and a new beginning. Ivory woman is dramatized, directed, produced and performed by actress Mi Aleksandra Grönlund. Musician Olli Rautianen plays accordion and trumpet.
Texts by: Anton Chekhov: The Seagull, Outi Nyytäjä: Free woman, Elisa Salo: The Great one who plays, Matti Rossi: If you love, Heli Laaksonen: The Death, There’s also the actor’s own texts: Melankolina and Augustina. The premier of the theatre version was seen in 2011 in The StageCLUB of The Finnish National Theatre. It was also in The NationalTheatre´s Touring Stage´s repertoire 2012 -2013 and same year it was seen in Stalon Festival, Kittilä and it visited in `Le Petit Festival du Theatre` in Dubrovnik. It is supported by The Arts Promotion Centre Finland and Jenny and Antti Wihuri´s foundation.